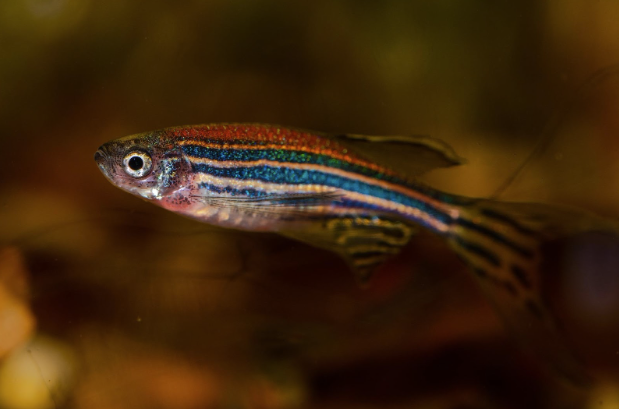 The gut microbiome hosts many different microorganisms. There are more bacteria in the human gut than the stars in the Milky Way…

From bacteria, to viruses and eukaryotes, these microbes are key players in the etiology of a number of diseases, such as cancer, depression, and diabetes. These microbes may even influence the host nervous system through interactions of intestinal metabolites and enteric nerves and cells.

One recent article featured in the Smithsonian Magazine highlights a study that suggests that the impact of the gut microbiome may even expand beyond nervous system interactions and shape social behavior.

The findings of the study are based on a social model animal, zebrafish. The researchers observed that zebrafish who developed without gut bacteria (gnotobiotic zebrafish) spent less time interacting with other zebrafish. The study also investigated the immunological and expressed transcripts differences between gnotobiotic and normal zebrafish through immunochemistry and single-cell RNA sequencing.

What did the new study find?

For the new study, the researchers bred gnotobiotic zebrafish embryos, which lack gut bacteria. After hatching, some were immediately inoculated with a microbiome, and the rest were inoculated a week later.

The fish that received the microbes later showed less social behaviour two weeks post-hatching. The team pinpointed a possible cause of the antisocial behaviour; the forebrains of fish lacking gut bacteria had fewer immune cells called microglia, which trim connections between neurons. As a result, these fish had more connections between neurons in the forebrain, like in neuropsychiatric disorders such as Autism where excessive neuronal connections have been observed.

The study illustrated that the presence of a gut microbiome was essential for the expression of transcripts required for the development of forebrain neuron complexity to promote social behaviour in zebrafish.

Brain development of zebrafish is very similar to that of other vertebrates, including humans, implying that the processes observed in zebrafish may exist in other vertebrates, says Dr. Judith Eisen from the University of Oregon. In addition, previous research has found other associations between social behaviour and gut microbes in animals, such as honeybees and mice.

However, the bacterial mechanisms that shape the human gut and brain remain unknown. Studying gut-bacteria interactions with neurodevelopmental disorders in humans is very challenging to do, making it difficult to tease out the possible responsible mechanisms. Despite this complexity, research may describe in the future how the gut microbiome shapes the human brain and directs social behaviour.

For more key insights and expert gut microbiome sequencing services, check out CosmosID today! As a leading provider of genomics and biochemistry research services, we have helped countless researchers advance their work in this area. With state-of-the-art facilities and a team of highly skilled scientists, we can help you with all your microbiome sequencing needs.

Barış Özdinç analyzes microbiome research with his educational background in genetics and evolution. As a research analyst for CosmosID, he combines metagenomics and data analyses to identify microbial biomarkers in disease cohorts and evaluate microbiome research tools. His work involves curating microbiome data and creating interesting microbiome content for newsletters and blog posts. Barış Özdinç received his bachelor’s degree in genetics and master’s degree in biodiversity, evolution, and conservation from University College London (UCL). Currently, he lives in Istanbul, Turkey, where he lives with his cat, Delight, and mentors female students in their STEM career pursuits.