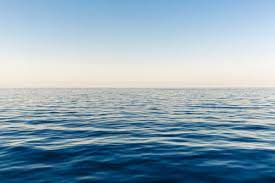 Oil spills, and the environmental damage they cause, are one of the most dangerous and detrimental events to occur on Earth. The aftermath felt by affected ecosystems is almost irreversible, with practically no living organism capable of withstanding such pollution to their environment. As you may remember the Deepwater Horizon spill that occurred in 2010, the scope of devastation in which the Gulf of Mexico was exposed to was unfathomable, leaving thousands of organisms with unlivable conditions. What’s worse yet is the inability of human response to the containment and deterrence of these spills in an efficient manner, thus exponentially increasing the damage inflicted on the environment. However, researchers from the Lawrence Berkeley National Library have conducted studies into the microbial contribution to oil degradation and the possibilities it may present, specifically to the Deepwater Horizon event of 2010.

In a recent publication presented in the Proceeds of the National Academy of Sciences, edited by CosmosID’s Dr. Rita Colwell, these researchers investigated into the role microbes had early on into the oil release caused by the spill. Through careful recreations of the Deepwater Horizon spill, this study led to the discovery of a new microbe known as Bermanella macondoprimitus, which provided a role in oil degradation at the onset of oil exposure into the gulf. The greatest implication to the discovery made by this study however isn’t simply the discovery of this oil degrading microbe,  it is in fact the manner in which they discovered this bacteria. By observing the manner in which microbes lived, died, and adapted to the environment presented by an oil spill in the Gulf of Mexico, this study provides a blueprint to microbial interactions in spills in various bodies of water. Through their structure of research, they have developed a means to determine which bacteria are most efficient in a deep sea spill as well as how efficient these microbes will be in oil degradation.

This exciting new development opens the door to a manipulative microbial response that previous man-made methods were incapable of accomplishing. Thus, if the power of oil degrading microbes can be harnessed to it’s full capacity, the future of the world will be much more secure.

previous
With One Prescription, Doctors Are Treating Over A Trillion Patients
next
Gut Bacteria And Love Potions?