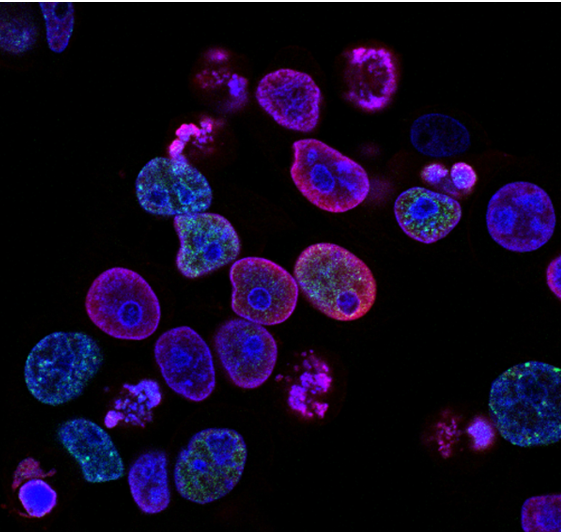 Metagenomics is the study of genetic material recovered directly from environmental samples. It is a relatively new field that has been made possible by advances in molecular biology and sequencing technology. But why is metagenomics important?

Well, understanding the genes of all organisms is important for several reasons.

For one, genes hold the instructions for how an organism develops and functions. By understanding an organism’s genes, we can better understand its role in its environment. Additionally, genes can tell us about the evolutionary history of an organism and how it is related to other organisms.

Metagenomics offers us a new, powerful way to study genes and organisms.

In this guide, we’ll take a closer look at why metagenomics is a vital approach for understanding the genetics of all organisms. We’ll also explore some of the key challenges and exciting opportunities in this rapidly evolving field.

Microbial communities are important for many reasons. They can affect human health, global warming, food production, and the environment.

Metagenomics is a new way to study these communities. It can help us understand exactly how they work and how they can be used to improve our lives.

Metagenomics is the study of total genetic content from bulk samples. Bulk samples include environmental samples, such as soil, water, or sediments, tissue samples as skin, or stool, and food samples as pickles or yoghurt. Any material with a bulk genetic content may be studied with metagenomics. It is a new and exciting field of research. Scientists can use metagenomics to study the genomes of microorganisms, which are involved in many processes that affect our lives.

What is metagenomic sequencing?

Metagenomic sequencing is the process of determining the order of nucleotides in a DNA molecule and can be a vital tool in metagenomics. By sequencing the DNA content of samples, scientists can learn about the genes and genomes of microbial ecosystems.

Rather than having to grow a pure culture of an organism in the lab, we can now directly sequence metagenomics samples. This allows us to access the genes of previously unculturable organisms, as well as those that are difficult to grow in the lab.

This data can then be used to gain a better understanding of microbial ecology – the roles that microorganisms play in their environment – which can be used to develop new ways to treat infectious diseases in the human body, improve food production, and protect the environment.

Where is metagenomics used?

Metagenomics is used across a variety of samples, including soil, water, air, and animal gut microbiota. Metagenomics is also used to sequence environmental DNA, which can be useful for studying microbial communities that are difficult or impossible to culture in a laboratory.

Metagenomics is also being used to study microbial eukaryotes in the human microbiome, in order to better understand the role of microbes in human health and disease. As such, this type of microbial genomics is being used to develop new diagnostics and therapeutics for a variety of diseases.

For scientists, metagenomics presents an opportunity to study the genomes of previously uncultured microorganisms. At CosmosID, our goal is to provide the tools and resources that enable scientists to use metagenomics to study the microbial world around us.

Our metagenomic sequencing services provide the highest quality data that can be used to generate a variety of biological solutions and insights. Our next generation sequencing services are able to fill a unique and important role in the metagenomics marketplace, and we are proud to be the leaders in this field.

Why is metagenomics an important approach for studying microbial diversity?

Members of a microbial community can differ vastly in their biological activities and interactions, not only between species but also within species.

Metagenomics helps identify these differences by providing a direct link between genes and their functions in the environment. In addition, metagenomics can help us understand how members of a microbial community interact with each other and with their surroundings.

As microbial diversity is vast and complex, metagenomics is an important approach for studying it. This type of environmental microbiology can provide insights into the functions of microbes in their natural environment, rather than relying on studies of cultured microbes in the laboratory.

With this, genetic diversity in different microbial species can be investigated, and new genes and their functions can be discovered. The bottom line is that this knowledge can be used to improve our lives.

For example, the ocean’s microbiome has incredible diversity and similarity to the human microbiome, as illustrated in this statement from New Scientist:

“We’re a step closer to understanding the microbial community that inhabits the ocean – and it has some striking similarities to the community that lives inside our guts. The microbiome of the world’s biggest ecosystem and one of the smallest appear to function in surprisingly similar ways.”

How do scientists use functional metagenomic strategies?

There are a variety of functional metagenomic strategies that microbiologists can use to study microbial diversity, including:

While both strategies have their benefits and drawbacks, functional strategies for metagenomic studies are becoming increasingly important as we strive to understand the functions of microbial genes in their natural environment.

16S rRNA sequencing is a sequencing based strategy that is used to study microbial diversity. This method sequences the 16S ribosomal RNA gene, which is found in all bacteria and archaea.

The sequence of the 16S RRNA gene can be used to identify microorganisms. It can also be used to determine the evolutionary relationships between different microorganisms In fact, research shows us that:

“The analysis of 16S rRNA gene sequences directly from environmental samples has greatly enriched our understanding of global microbial diversity.”

16S rRNA sequencing is a powerful tool for studying microbial diversity because it can be used to identify and quantify microorganisms in a sample. In addition, this method can be used to study the structure and function of microbial communities.

Another sequencing based strategy is random shotgun sequencing. This method involves sequencing random strands of DNA from an environmental sample. The sequences are then compared to a database of known sequences. This helps to identify the genes and their functions.

In addition, shotgun sequencing methods can be used to study the structure and function of complex microbial communities, giving us deep insight into the human microbiome.

This library is screened for genes that confer a certain phenotype, such as resistance to a certain antibiotic. The presence of these genes indicates that the microorganism carrying the gene is present in the environment.

Some potential problems with phenotypic based strategies include the fact that some genes may not be expressed in the library, and that some genes may confer more than one phenotype, which could lead to the misidentification of a microorganism. Some phenotypes may belong to unculturable bacteria and disable culturing bacteria to express phenotypes.

Despite these potential challenges, phenotypic based strategies can still be beneficial for studying microbial diversity. For example, it could be used to measure how antimicrobial resistance phenotypes vary between different different samples with different resistant variants.

Why is metagenomics the most revolutionary application of genomics?

Metagenomics is the most revolutionary application of genomics because it allows for the characterization of entire communities of microbes, rather than strictly individual species.

This approach has enormous potential for understanding the complex interactions between different microorganisms and their environments.

Additionally, metagenomics can be used to identify previously unknown microorganisms and to study the function of microbial genes.

The benefits of metagenomics include a more comprehensive understanding of the diversity and function of microbial communities, as well as the identification of new microorganisms and genes. Additionally, metagenomics is often less labour-intensive and expensive than traditional methods for studying microbes.

Thus, metagenomics represents a powerful tool for understanding the complex world of microbes and their role in our environment.

Key Takeaways On the Benefits of Metagenomics

As we’ve explained throughout this article, metagenomics is a powerful tool that is being used across a wide range of disciplines to better understand the role of microbes in our world. This vital work would not be possible without metagenomics.

So why is metagenomics the most revolutionary application of genomics?

Simply put, it’s because metagenomics allows us to study microbes in a way that really was not previously possible, and this has the potential to transform our understanding of the microbial world.

CosmosID is proud to be at the forefront of this exciting field, providing innovative solutions for the analysis and interpretation of metagenomic data. Our mission is to enable a deeper understanding of the microbial world and its impact on human health and the environment.

Enquire today if you’re interested in learning more about any of our end-to-end metagenomic services!