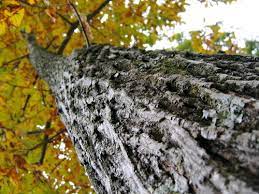 If you aren’t a dendrologist (an expert on woody plants, like trees), you’re probably not up-to-date on the latest news in the world of trees. Fortunately, we at CosmosID are obsessed with unlocking the world of microbes, which are everywhere, including in and on trees and soil, so we’ve got you covered with this post.

This week, we came across a fascinating finding, published in Nature Ecology & Evolution, about how soil microbes could be critical to the migration of certain tree species in the Rocky Mountains. The trees in focus are retreating, as trees do, to higher elevations in the mountains to survive increasing environmental temperatures. And as the University of Tennessee researchers who undertook this study discovered, the soil microbiome plays a role in this remarkable migration, and may even encourage it. Specifically, it appears soil microbes construct what the researchers call “soil highways”, which they believe may determine whether and how quickly young trees are able to spread to higher elevations.

The idea underpinning the study is what’s known as plant-soil feedback – a process where plants change the qualities of the soil they grow in, which then affects how well those plants can grow and survive in that soil. To examine how this concept is at play in the Rocky Mountain trees’ migration, researchers experimented with soil treatments to see if dominant trees from the Rocky Mountain environment could alter soils gathered from different elevations to help their performance. The results of the study show that trees of the same species from near the base of the mountain performed much better in their current soil than in soil from the top of the mountain. In contrast, trees that had already adapted to higher elevations performed well in soil from much higher points on the mountain. One hypothesis that attempts to explain this outcome is that the trees that have migrated to higher elevations are more capable of affecting and thriving in the mountaintop microbial environments than those rooted in environments at the base of the mountain.

Researchers believe this study could lend to future efforts to coax trees up mountains using specific bacteria and other microbes that are ideal for improving their performance. While that may seem ambitious, the only other option at this point is to, well, stop the climate from getting warmer.