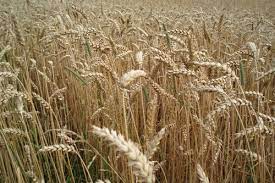 Fertilizer is a staple of industrial farming, as it primes the soil for optimal plant growth. The industrial process for making fertilizer was dreamt up more than 100 years ago by two chemists, named Haber and Bosch, and it’s the same intensive process that allows fertilizer to be produced at commercial quantities that also puts it out of reach for the world’s poorest farmers. Specifically, the production process, which requires huge chemical plants to transform nitrogen and methane into ammonia, and considerable resources to distribute the fertilizer, leaves many impoverished farmers with no way to access this critical agricultural tool. However, Harvard University chemist Daniel Nocera and a team of researchers have engineered microbes that make their own fertilizer, and have thus found a potential solution to this significant problem.

As you probably know, nitrogen is a critical element of fertilizer. But you might not know that some microbes harbor nitrogenases, which are proteins that can break apart molecules of nitrogen in the air and connect them to hydrogen, making ammonia. Plants can then take in these and other compounds to get their nitrogen fix. Note that in order for this process to occur, that connection of nitrogen to hydrogen is absolutely necessary. So, while the researchers were able to identify a microbe called Xanthobacter autotrophicus, which has that nitrogenase enzyme, they needed a source of hydrogen to enable the production of ammonia.

Getting creative, Dr. Nocera and his team hacked the Xanthobacter genes to enable the microbes to consume Hydrogen. The bacterium could then feed off a stored version of this consumed Hydrogen, and couple it with nitrogen molecules from the air. This enabled the microbes to create ammonia, which you’ll recall is the starting material for fertilizer. The science alone is impressive but importantly, the initial results of employing these genetically engineered microbes on a radish crop were remarkable – the radishes exposed to a Xanthobacter solution grew 150% larger than the control crops, which weren’t given the genetically engineered microbes or a fertilizer. That means the Xanthobacter solution was able to act as an effective fertilizer, exactly as envisioned.

If you thought the state of the genetically modified organism labeling situation was confusing before, this innovation just may push you over the edge. Regardless of that anxiety, this technology is moving forward in commercialization efforts that, if successful, could enable the microbes to function as a much-needed tool for global food production.