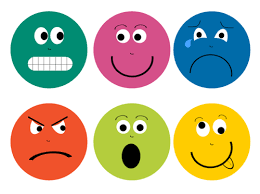 You’ve seen it in TV shows, movies, plays, and especially soap operas; silly fantasies in which one is able to create a concoction capable of inducing their victim into uncontrollable infatuation. This concept however, much to the dismay of many, has not been turned into reality. In truth, the emotion of love and it’s development is one that science has little explanation to offer, so the idea of a “love potion” seems out of reach.

Despite this fact, studies into the universe of infinite possibilities (also called the gut microbiome) have unlocked the door to correlations between gut bacteria and their impact on emotional response. In particular, research from UCLA has looked at the effect of bacterial composition and its connection to both brain development and emotional response to negative stimuli. This study, comprised of 40 healthy women aged 18-55, analyzed the bacteria found in fecal samples and divided their sample population into two groups: Bacteroides dominant and Prevotella dominant. After establishing these subgroups, researchers then used MRI functional scanning while displaying “negative” emotional stimuli and observed their results.

Results from their trials indicated that the subgroup with Bacteroides dominant gut microbiota displayed larger brain mass in both the insular and frontal cortex along with larger hippocampal volume. The subgroup of Prevotella dominant gut microbiota was quite the opposite, particularly in hippocampal volume. These areas of the brain are primarily responsible for the regulation of emotion, thus the emotional response between the two groups to stimuli differed. Those with Prevotella dominant gut microbiota experienced lower activity in the hippocampus, resulting in higher levels of anxiety when exposed to the negative stimuli. The Bacteroides subgroup was quite the opposite.

While the connection between gut bacteria and emotional response it one that is still being questioned and studied, the correlations of the gut-brain axis are continuing to pile up. If this trend continues, manipulation of emotion (such as a “love potion”), may not be too outlandish after all.

previous
Are Microbes the Future of Environmental Protection?
next
Fiber: Not Just For Your Gut