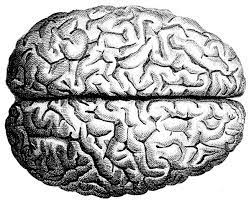 In the daunting, demanding, 24/7 job that is raising a baby, parents love to claim how aspects of their child are a reflection of their contribution, i.e. their looks, athletics, and smarts. While this debate amongst partners has the ability to get rather heated, their contributions may not be as significant as they’d like to believe. There is no denying that parents have an impact in child development, both through nature and nurture, in aspects such as cognitive functionality. However, recent research published in Biological Psychiatry brings about evidence that those baby smarts that you or your partner claim to be responsible for, may actually be influenced by  the baby’s own gut microbiome.

In a study conducted by the University of North Carolina School of Medicine, 89 1-year-old children were selected for fecal analysis for their bacterial composition. This analysis was conducted to group their subjects into 3 similar compositional groups based on both their microbiota diversity and abundance. One year after the initial microbiome analysis, the same children were observed for cognitive performance by testing their language development, motor skills, and reaction to sensory stimuli. These tests were assessed for each individual in their respective groups regarding their microbiota composition, and the correlation between cognitive performance and microbiota was observed. After data analysis, researchers determined that individuals with a higher level of Bacteroides and lower diversity in their microbiome performed better in their cognitive assessment.

This correlation between gut microbiota composition and cognitive performance, as explained by the research group, is the first study to show this particular relationship. However, researchers note that the magnitude of this study may not be enough to determine how to specifically manipulate the gut microbiome with probiotics to enhance cognitive development.

With regards to future projects into the gut microbiome’s influence of infantile cognitive development, advanced metagenomic platforms such as CosmosID’s bacterial strain-level identification solution may provide the results necessary to further research a  microbiome-specific treatment plan to improve cognitive function. Until then, in addition to contributing your smarts to your child, you might want to make sure you contribute a healthy microbial environment.